The next St. Patrick's Day Observance is scheduled for Friday, March 12th, 2021 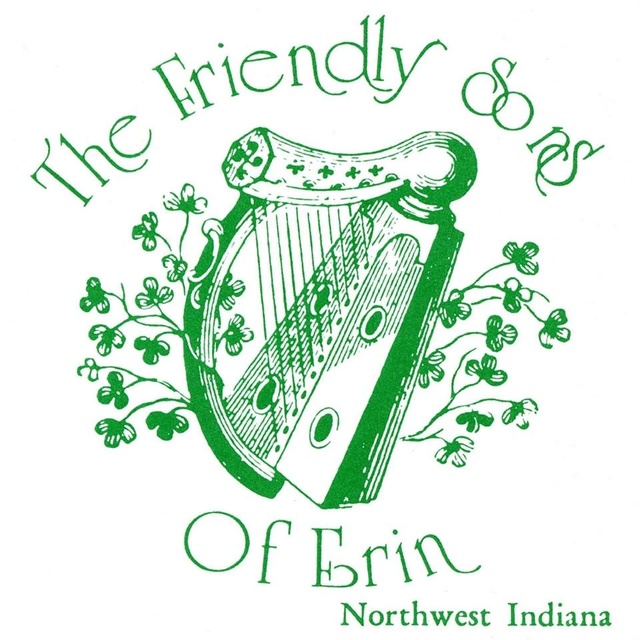 The Friendly Sons of Erin was formed in 1960, but the story behind the formation goes back to 1959.

On the eve of St. Patrick’s Day in 1959, anyone who had business in downtown Gary marveled at a strange thing.  Overnight, the yellow line down the middle of Broadway, from Gateway Park to 8th Avenue, had turned green!

All day long, area radio told the story and both Associated Press and United Press International featured detailed accounts of the wonderful thing that had happened in Gary.  Gary was front page news everywhere.  “Little Folk’ Give Gary a Reminder” headlined the Indianapolis News.  “In Gary Even Broadway Is Wearing Green”, said the Chicago Tribune.

In addition to the Leprechauns who actually painted the green stripe down the center line; the following Irishman helped supervise the task: Joe Finerty, Tim Curely, Jim Fitzgerald, and Ed Brennan.

In January of 1960, a group of proud Irishmen met and discussed their wonderous heritage and their justified pride in being of Irish extraction.  Right then and there they decided to plan for a St. Patrick’s Day get-together.  One hundred invitations were sent out for the party to be held at Jackson’s Restaurant – and would you believe – ninety-nine attended.  A wonderful evening was had by all.  Thanks to Tom Kennedy, Kevin Rochford, and John Foley.

After this huge success, it was decided to make this an annual affair.  An executive committee was formed, and it was determined that the affair would be open to all Lake and Porter County residents of Irish Catholic extraction.  The name of the group officially became “The Friendly Sons of Erin”.  Over the years as our membership grew, we moved from Jackson’s restaurant to the Hotel Gary to Teibels Restaurant to Wicker Park to the Hellenic Cultural Center to our present day location at the Avalon Manor in Merrillville.

Copyright © 2018 The Friendly Sons of Erin  - All Rights Reserved.